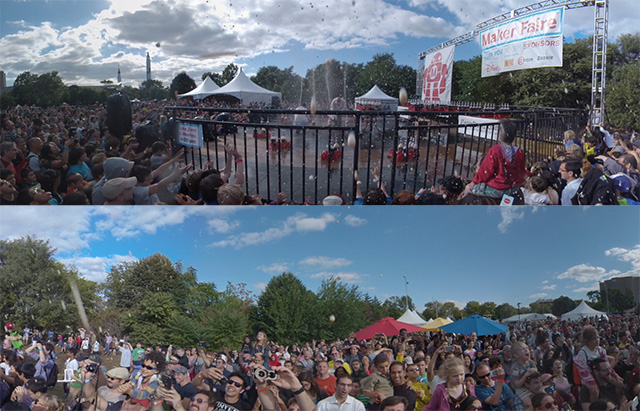 Many geeks keep dream alive to capture/reproduce the everything around of us.
The 1900 Paris Exposition already, there was an multi cinema projector amusement to show around view from a balloon.
About ten years ago, I participated a research project for 360 degrees panorama camera
and interactive immersive content. At the time, 8 cameras was put together
in large 360° camera.
We went to not only Tokyo location but Los Angeles with the camera and 8 recorders,
video mixer, a lot of battery and HDD in 19-inch Rack to make 360° movie content.
Last September, I went to NYC to see Maker Faire NewYork, and I tried to take
360° movie at there.
I had brought huge equipments at ten years ago, but I put small GoPro x4 in my pocket
at last year.
We had captured HD resolution Cylindrical 360° movie by the large camera,
but today, GoPro x4 is capable to take 4k 360° movie.
Vision technology is in dog years, and we spend in dreamland of ten years ago.

Last November, I exhibited the Maker Faire NYC movie at Maker Faire Tokyo :-)
I used SONY HMZ-T2 Head Mount Display and I added acceleration sensor
with arduino on the HMD.
If you want to see right side, turn your face toward right with the HMD.
This HMD have more resolution than Oculus Rift. 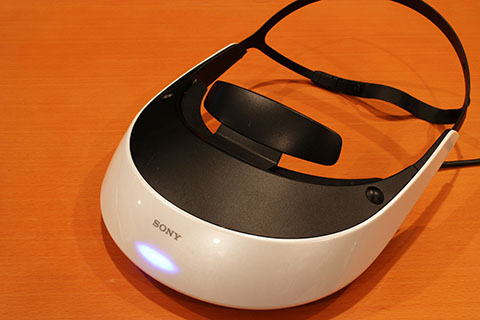 Do you take an interest for the 360° movie?
I also made simple web browser player for PC.
You’ll see the Maker Faire NYC and Coke & Mentos fountain performance by EepyBird in 360°.
108 bottles Diet Coke was used for the fountain!